Modern VIP armored vehicles based on SUVs (Toyota LC, Lexus 570, Mercedes GL, Mercedes G) are made with the use of armored steel and armor, which significantly increases the weight of the vehicle, as follows:

Accordingly, the total weight of the vehicle is at least 3950 kg, which is suitable for the C Category

The weight of an armored vehicle below 3.5 tons is significantly low, which may be a consequence of the following reasons:

Hidden armoring of a car with a partition

Energy-independent drop-sided armored glass in the partition allowing to leave the salon in any position of the car (on the side, on the roof).

The size of the evacuation exit is 1040x390mm, which allows to get out of the car for pretty big persons.

Evacuation from the car does not interfere with the load in the trunk.

Evacuation from the car does not need retracting a second row of seats.

Evacuation hatch is located in the lower part of the partition under the armored glass.

Inadequate size of the hatch for the evacuation of a big person.

Access to the evacuation hatch is only possible with the second row of seats retracted. When the car is upside down, evacuation becomes impossible.

Installation of armored elements in the car body

The car is repainted either completely or partially

Armoring of wheel arches is carried out from the side of the wheel, which provides additional reinforcement of the car in case of installation of an explosive device under the wheels of the car

Armoring of wheel arches is carried out from the side of the cabin, which reduces the internal space of the car and is a less effective method of protection when installing an explosive device under the wheels.

Armoring of the doors is carried out with the installation of two flat armored vehicles, located in such a way that in the closed state of the door the maximum overlapping of the hit area at an angle between the pillars and doors is ensured.

The design of armored doors provides maximum protection from the impact of the blast wave, thanks to the tight fit of the armored door to the armored elements of the body.

The design of armored doors provides maximum protection from the impact of the blast wave, thanks to the tight fit of the armored door to the armored elements of the body.

The armored construction of the door consists of four armored parts welded to the outside of the door, which does not allow maintaining the regular color of the car.

In the closed state, there is no maximum overlapping of the hit areas at an angle between the pillars and the doors.

The design of armored doors does not provide maximum protection from the impact of the blast wave due to the large number of welded elements having a connection in the center of the door. When exposed to a blast wave, the effect of an open umbrella with penetration of the armored elements of the door into the interior can occur, which is an additional damaging element.

The rear doors are armored with the installation of two glass blocks, which can lead to the bullet falling at a certain angle into the interior between two glass blocks.

Armoring of the under-hood compartment

Booking of the under-hood compartment provides protection of:

Armoring is achieved using the solid engine tunnel made with the help of hot pressing with subsequent hardening in the conductor. This allows maximum protection against explosion with integrity of the structure.

The armoring of the engine compartment provides protection for all vital components of the car:

Local closing of the battery and air filter.

Armoring of the under-hood space is carried out by welding numerous parts, which cannot provide maximum protection against the explosion, and armored parts are additional damaging elements.
Suspension reinforcement

No external signs of armoring, which is achieved by preserving all the decorative exterior elements of the body/p>

An armored frame is installed on the outside of the doors, which unveils the armoring of the car or, when armored with hinged armor using bolted connections, there is a bad design of the bullet trap and lack of reliable overlap along the lower edge of the glass with armored door protection

Finishing of visible armored protection elements (bullet traps) is carried out with the use of expensive materials (imported leather and Alcantara) with preservation of all regular elements of the cladding of the manufacturer of the basic vehicle.

Finishing is carried out with the carpet material that jeopardize the overall design and ergonomics of the car or, when armoring with a hinged armor using bolted connections, a complete replacement of the original interior details with homemade ones, made using cheap technology for pressing ABS plastic, which is inadmissible in cars of such class. In the heat, ABS-plastic tends to take its initial state, which leads to breakage of fastenings, creaks and knocks of the cladding parts and to their complete destruction. 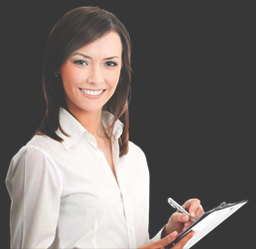